Race director Shane Ohly, who resurrected the iconic event in 2012, assesses the likely contenders in the 2017 Berghaus Dragon’s Back Race™.

The start list for the 2017 Berghaus Dragon’s Back Race™ is crammed with talent and experience, and the race south over the mountainous spine of Wales at the end of May is likely to be compelling viewing on social media and the live GPS tracking. One thing is certain, with a gigantic 315km course almost anything can happen and the combination of rough ground, unpredictable weather and extreme distances compound each other to make the event one of the toughest foot races in the world.

The extremely challenging course will quickly find any weaknesses that a participant has, whether in mind or body, and arriving at the start fit, healthy, and injury free is the first big hurdle.

How everyone will fare is tough to predict given the high injury and drop-out rate at the previous events.

Of the potential podium ladies, Carol Morgan, Sabrina Verjee and Ita Emanuela Marzotto stand out. Carol Morgan from Ireland won the 2017 Montane Spine Race, and placed sixth overall, confirming yet again that the leading female runners can compete alongside the best male competitors on an almost equal footing at ultra-endurance events. From Italy, Ita Emanuela Marzotto won the inaugural Cape Wrath Ultra™ and has a wealth of experience of other ultra-endurance events like the Marathon des Sables. Experienced British adventure racer Sabrina Verjee completed the Berghaus Dragon’s Back Race™ in 2015 (14th overall) and consequently knows the course well, and is in great form, with a recent win at the Silva Great Lakeland 3Day™. Although I don’t know her, I have it on good authority that Emily Compton from Canada is not to be underestimated. We look forward to keeping a close eye on her progress to see how she fares through the undoubtedly less familiar terrain.

The potential podium for the male participants is going to be very hard to predict with some of the leading British mountain running talent taking part. First and foremost, the 2015 Berghaus Dragon’s Back Race™ winner Jim Mann is returning to defend his title.  I’ve great respect for Jim deciding to take part again as it is inevitable that returning as the defending champion will lead to high expectations. Indeed, am I not guilty of this right now?

Jim Mann’s endurance record this winter is unsurpassed with Winter records for the Bob Graham Round, Paddy Buckley Round and Charlie Ramsay Round all completed within a month of each other. However, he is certain to face the most competitive field yet seen at the Berghaus Dragon’s Back Race, with leading British runners Jez Bragg, Alastair Hubbard, Marcus Scotney and Neil Talbot all in contention for the outright win.

Jez Bragg was the 2010 UTMB champion; he started the 2015 Berghaus Dragon’s Back Race™ just days after completing a new (summer) Charlie Ramsay Round record, which is certainly unorthodox preparation, and was unfortunate to become ill and retire from the race. It is likely that Jez will want to set the record straight in 2017, and we all know that when he’s on form, he’s a world-class athlete.

Marcus Scotney is an ultra-runner who has competed for Great Britain at World Championship level. He is the winner of many races including the inaugural Cape Wrath Ultra™, where he demonstrated a calm, cool and collected strategy to dominate the race.

Lake District based Neil Talbot is less well known, but he clearly has the raw talent and ability to win the event, as he has proven this at many fell races and mountain marathons, where his style is to start hard and hang on in there. If he can sustain this over five days, he’ll be sure of brilliant result.

They all have different styles – Jim and Jez are likely run their own races, Marcus is expected to be tactical and I think Neil will go hard from the start… but how they all fair and whether they are racing each other to the line on day five is impossible to predict.

Alastair Hubbard is perhaps the dark horse of the UK contenders. He is a hugely experienced mountain runner from Scotland and winner of the 2017 Silva Great Lakeland 3Day™.

Relatively unheard of in the UK, but no stranger to ultra-running is Nick Hollon from the USA. He has the distinction of having finished the Barkley Marathons (1st in 2013) and an equally impressive 2nd at the 336km (non-stop) Tor Des Geants in 2014. It will be exciting to see how he fairs in the tough Welsh terrain.

Our sister event the Silva Great Lakeland 3Day™ has proven a popular warm-up event for the Berghaus Dragon’s Back Race™ over the years, because of its similar supported format, with long days in the hills. Both Alastair Hubbard and Sabrina Verjee were winners on the Expert course at the beginning of May and this clearly shows they are race ready just three weeks out from the iconic Conwy Castle start. 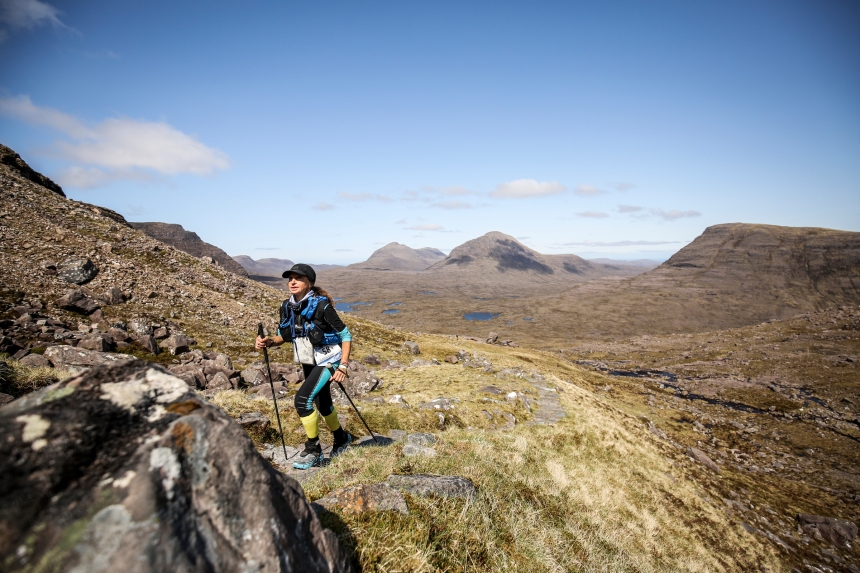 Also of note are the legends who are returning to the event for the third or even fourth time. Ultra-addict Greg Crowley, mountain rescue team doctor, who completed the event in 2012 (10th) and 2015 (20th) will be looking for his third consecutive completion. However, king of the legends is Joe Faulkner, who has completed the Berghaus Dragon’s Back Race in 1992 (8th), 2012 (15th), 2015 (28th) and he will be returning to attempt his fourth consecutive completion, which would be an incredible achievement given the 25-year time frame.

As always in the Berghaus Dragon’s Back Race, every participant has a story to tell and we will be doing our best to highlight as many of them as possible during the race.  Each runner will have put a huge amount of work into preparing for the event and I admire all of them for that.  However, it would be remiss of me to not mention that the progress of one of our racers is likely to be followed by listeners of the Chris Evans Breakfast Show on BBC Radio 2.  The show’s sports reporter Vassos Alexander is taking part and we’re really looking forward to following his progress in the Welsh mountains.

Finally, a few words about Berghaus. The company has really embraced the race since getting involved in 2012 and it’s great to have a sponsor that is so engaged in all that we do around this iconic event. Apart from the obvious aspect of being able to supply great kit for participants and marshals, we will be welcoming a Berghaus team who will tackle the Berghaus Dragon’s Back Race as a relay and we will be following their progress with interest too.

We wish everyone taking part a fantastic experience. Now is the time to start that taper!