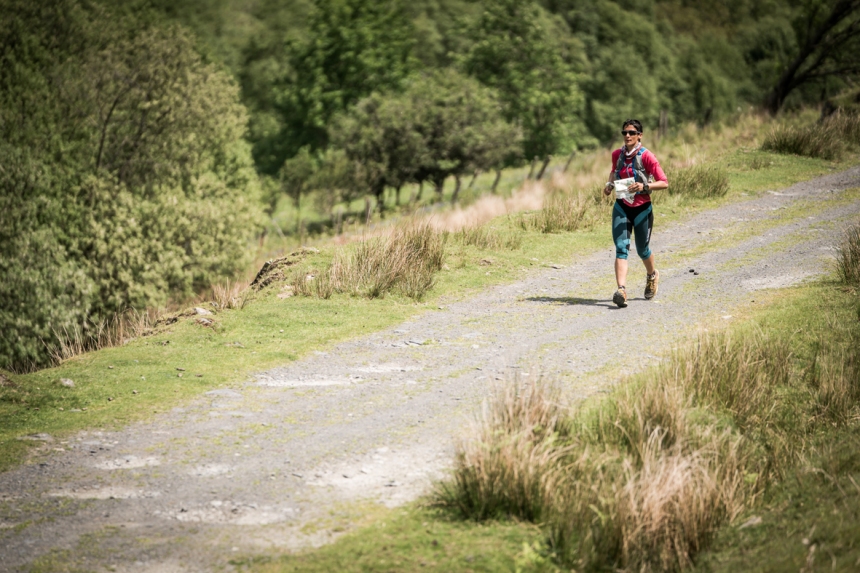 Sabrina Verjee suffered in the heat on day four of the Berghaus Dragon’s Back Race – photo ©iancorless.com

Sabrina Verjee still leads the women’s race, but was beaten by both Carol Morgan and Caroline McIlroy today and her lead is now down to just 6 minutes 53 seconds over Morgan. The quickest woman today was McIlroy, who finished in 9:24.09, which was 11th on the day. The Newfoundland based Brit is now just over 15 minutes behind the leader and seems to be gaining in strength and confidence as the race goes on.  Unlike many runners, she didn’t seem to be too affected by the heat and is enjoying every minute of her race: “It’s just been a fantastic week.” 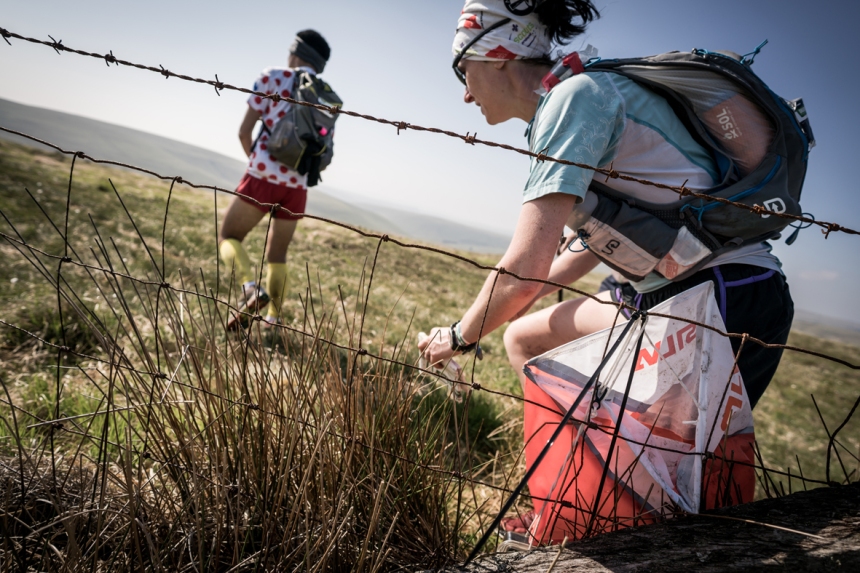 Carol Morgan ticks off another check point on day four of the Berghaus Dragon’s Back Race – photo ©iancorless.com

With the race being so close there will be a chasing start in the morning.  This means Verjee will set off at 08.00, Morgan 6 minutes 53 seconds later and McIlroy 8 minutes and 18 seconds after that, the exact time intervals which separate them. The first of the three to cross the finishing line will be the winner, which will make for compelling racing and excitement for everyone following the live tracking online. 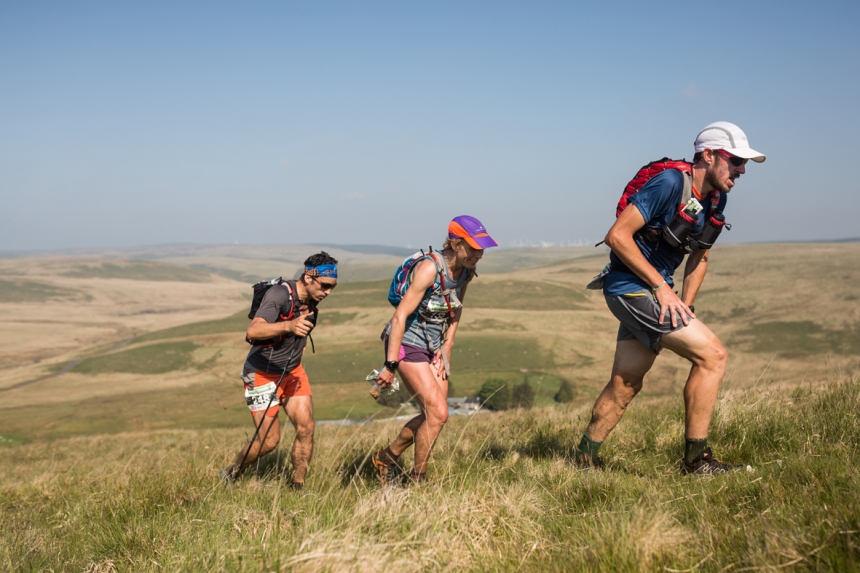 Caroline Mcllroy heads uphill with two other runners on day four of the Berghaus Dragon’s Back Race – photo guillemcasanova.com

The men’s race is equally close, but not quite so straightforward.  On today’s run, it was defending champion Jim Mann who was quickest, setting a time of 07.03.26 – which is 56 minutes quicker than he ran on the same day in 2015.

Mann comments: “I was all in yesterday and spent at the finish, but I bounce back and went well today.” It was an impressive run, and 18 minutes quicker than race leader Marcus Scotney, who said, “I’m in awe of that run after what happened to him yesterday.”

Scotney finished in 07.21.26 so still holds a lead of just over 8 minutes, but he was feeling the heat, and a painful knee.  “It was so hot,” he said, “and I’m a bit sunburned as well.”  He had started 90 minutes later than Mann, so was in the heat of the day longer, but his main concern was the knee injury. Nonetheless, Scotney has confirmed that he will lead off the chasing start in the men’s race at 8:00am tomorrow. In third place, Neil Talbott is well over two hours behind the leaders.

Jim Mann was once again the subject of a rules enquiry today, and as a result received a second ‘strike’.  He went along a path through a farm near the Elan Valley support point, leaving the mandatory route for 200m. 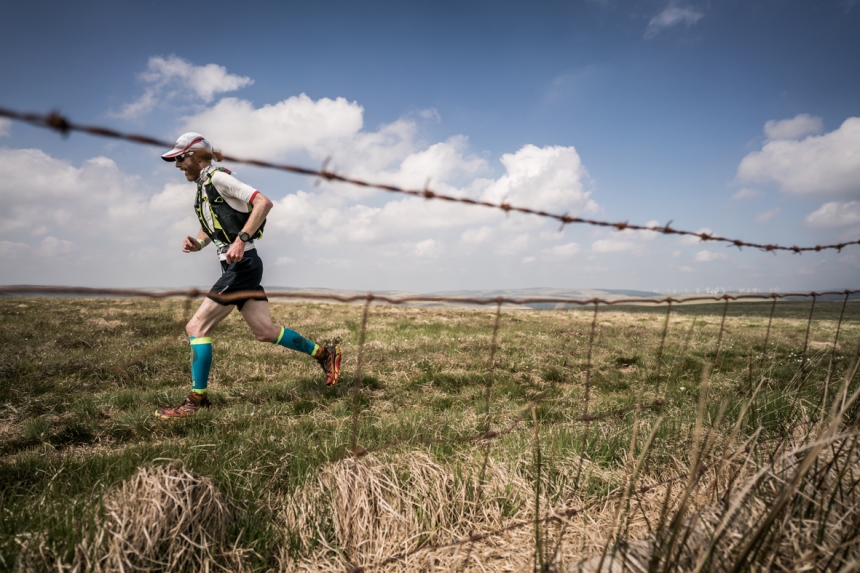 Marcus Scotney works hard in the heat on day four of the Berghaus Dragon’s Back Race – photo ©iancorless.com

This may put Mann back in as the favourite, as third placed Neil Talbott is well over two hours behind him, but Mann was once again the subject of a rules enquiry today, and as a result received a second ‘strike’. He went along a path through a farm at the back of the Elan Valley Hotel, leaving the mandatory route for 200m. The race adjudicators looked closely at what happened and concluded that it was a slower route (there were several gates) and no advantage was gained or sought.  Mann didn’t get a time penalty but the second ‘strike’ means he is on his last warning – if he infringes any rule tomorrow and gets a third strike, he will be disqualified. 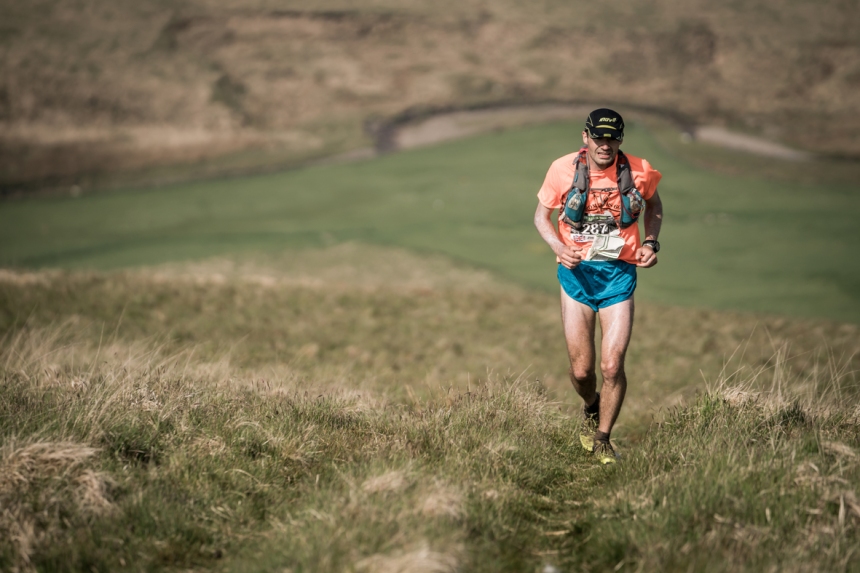 Jim Mann pushes the pace on day four of the Berghaus Dragon’s Back Race – photo ©iancorless.com

Mann comments: “I was just running on auto. I was coming down into a support point and thinking about that and went the way I always go.  I just wasn’t looking at the map when I should have been!”  Mann added that he’ll take extra care tomorrow.

Elsewhere in the field, Joe Faulkner is still well on course to be the only person to complete all four editions of the race, while runners were still working hard to reach the finish before the 11:00pm cut-off time. Tom Withers was last to cross the line at 10:38pm and will have to recover from his exertions quickly, in time for day five. 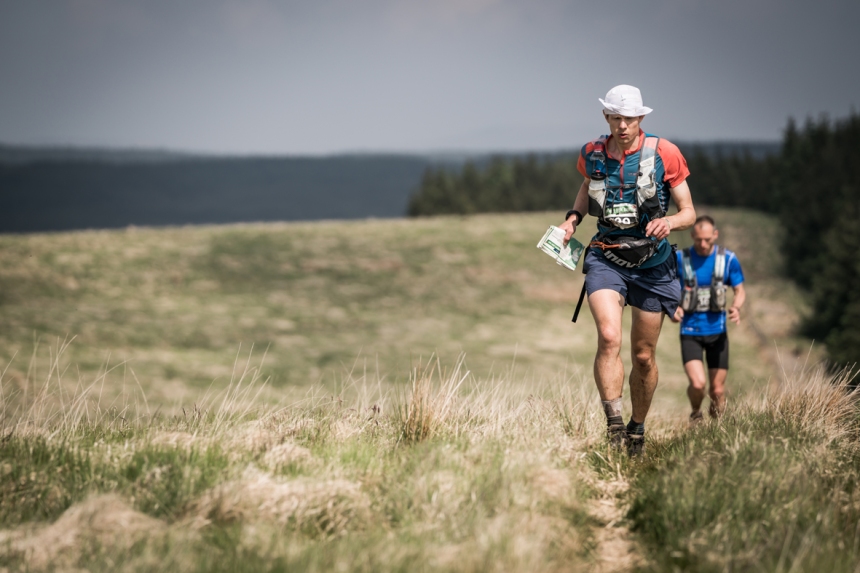 The heat, and cumulative effect of four days of mountain running continued to wear down the field and several runners needed medical attention after crossing the finishing line. However, the day four campsite offered the welcome sight of a pub within 100 metres. Many runners took the opportunity to ‘rehydrate’ there.

With one day to go, everything is to play for and the 2017 Berghaus Dragon’s Back Race could deliver the event’s most exciting finish to date. The final day challenges runners with 63km and 2,200m of climbing, with a significant distance on trackless terrain. The route includes a sting in the tail, with a climb to the summit of Fan Brycheiniog and Carreg Yr Ogof on the Black Mountain. It all starts early on Friday morning.

The public can follow the progress of the race thanks to live tracking via www.berghausdragonsbackrace.com, and the Berghaus Dragon’s Back Race team will be posting regular updates on social media throughout the event: