I was in the depths of rural Wales, where a phone was next to useless, any wifi signal was fainted and gave up the moment more than one device was connected and the only means of communication was via satellite phone…. these places still exist in the UK!

After a wet day of expoing at an event, my colleague suggested we run up and around the lump which had been in our line of vision all day. A slate sloped lump with a small village laying in its shadow.

With a map for quick reference and an Edge 1000 for a tracable line, we set off.

The first mile was steep, as we wound our way along a single track, engulfed in borders of waist high ferns and nettles, with slippery rocks and a small drop off down slope. To my peril I discovered this, as my left foot failed to gain traction, pushing my out right. As I went to plant my right foot to counter balance my off axis movement, I swiftly discovered I was in space, as I disappeared 3ft down a gap in the ferns. “Jim! I’m off!”

We pushed on, our shorts, socks and shoes saturated from the moisture that was enveloping us, only our tops remained dry and not for much longer. Turning into, facing up the valley, we could see the path split and took the descision to cross boggy ground to ascend the right flank. Vertical cranked up a notch as Jim recalled “500 meters per hour” to my “we’ve done 500 meters gain in 17 minutes.”

As my nimble companion skipped upwards, I was reduced to a hike, Achilles screaming and breathing hard. Rain blew in, as did clag, as obvious features were masked in a diffused white blanket, while our clothes represented no protection, now completely saturated, inviting a biting wind through.

Will this lead us up and around? Will the clag last? It always humbles me how plans need to adapt with changes in weather and this was a time to drop down, heading up wasn’t going to achieve anything bar potential misdirection and exposure.

Flowing down the same trail which had me fighting, we jutted right to follow a trail…or was it a sheeps trail? Who knew, but it looks like it’ll go where we want. Established and well trodden, this had to be it.

Before too long we stood in throat high fern and thistles, breaking new ground following the sheep. We found a few dead ends as we gazed across at the trail across the valley. It hadn’t stopped as the map suggested. Bugger.

It was at this time Jim asked “did you bring a camera?”, “no, did you?” Our little run was becoming a mini epic and we had to capture it, but neither of us had brought anything to do so. 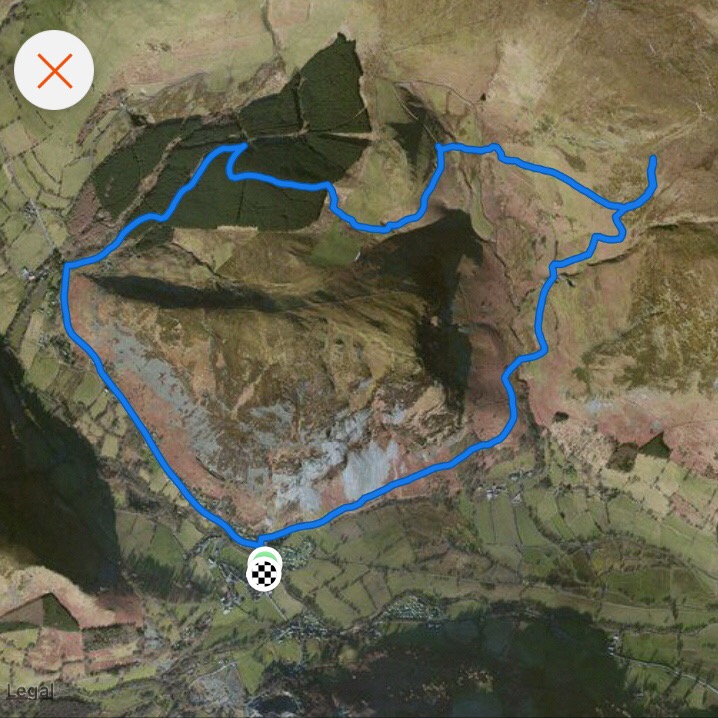 And so the adventure turned up a notch, carving our way through a barrier of foliage as we hunted for easy routes across streams, fences and ultimately back onto the trail we had a perfect view of.

Attacking the final slope, the trail widened, we’d made it. Right back up, it’s time to head around this lump. The track wound up, with a similar trail running parallel across the gully to our left. Topping out, the trail went through a field, to woodland.

The pace was fierce.

A mile fireroad descent. Muddy, churned up. Mud splatters to the back of shoulders and legs opened and gaits hyper extended, arms in the air as a rudder. Exhilarating, heart pumping, don’t fall.

One more mile, road. It was all downhill.

Again we pushed. Sub 6 min/mile the entire way. I’d never run at this speed, let alone for the distance, but there was more to give, such was the grade. I’d start running up the same hill the following day for an interval session and head the opposite direction within 200 meters, such was the severity. 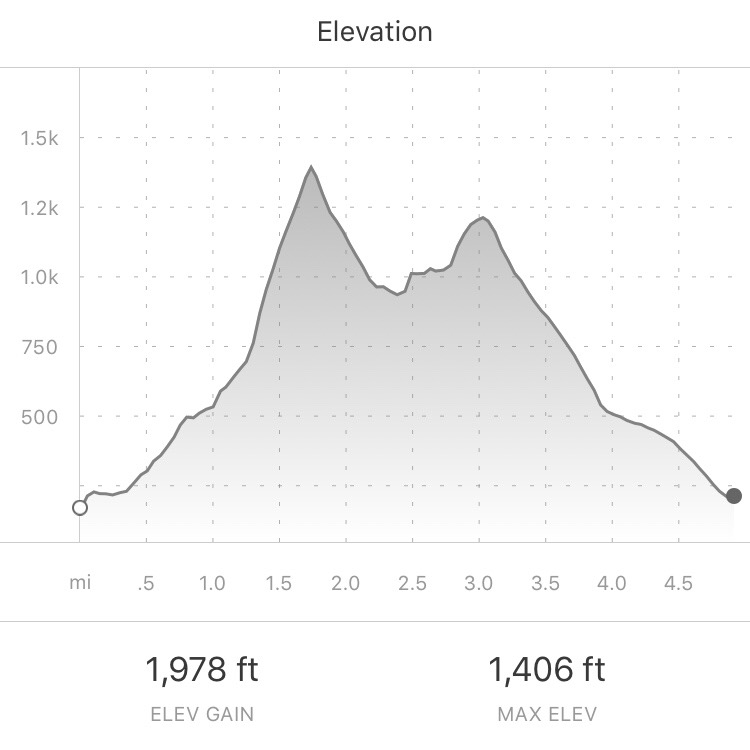 5 miles of hard running, breaking new ground, going off piste, falling, getting soaked and having many laughs. You don’t get these runs often, but they occur, embrace them.