The Lakes Sky Ultra is 56km/34miles in distance, with 4,500 meters of ascent over extreme technical terrain in the Lake District. Mountain running and alpinism combine, to create a course where running, scrambling and rock climbing are likely, covering the multitude of terrain in the shortest time possible. For the Lakes Sky Ultra or LSU, runners are vetted to ensure they have the appropriate levels of experience in the mountains. 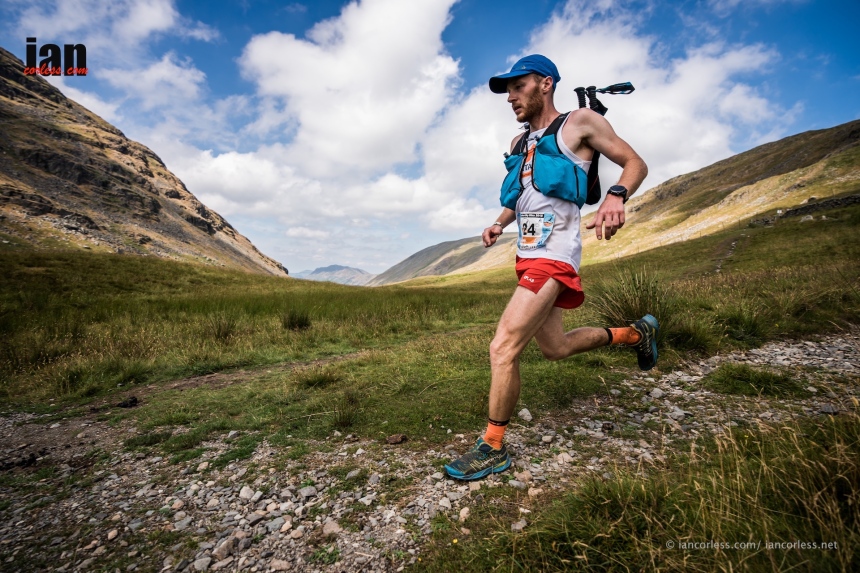 The fourth running of the Lakes Sky Ultra drew an international field, with representatives from Austria, France, Greece, Hungary, Ireland, Poland, Romania and Britain. Starting at 7AM from the heart of the Lake District, Ambleside, early cloud lifted, leaving inversions for those on the first assent. Conditions would heat up, peaking around 20˚C  in the afternoon, but feeling much hotter with minimal shade on offer. 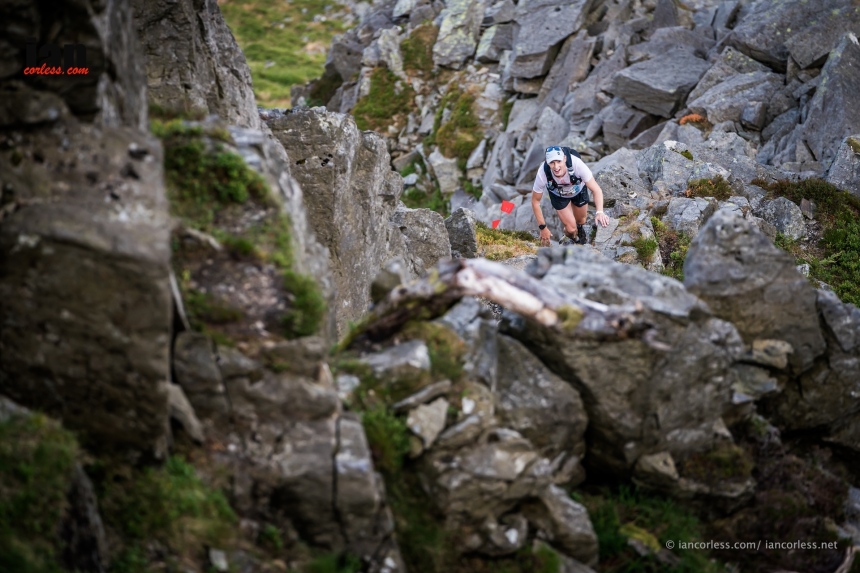 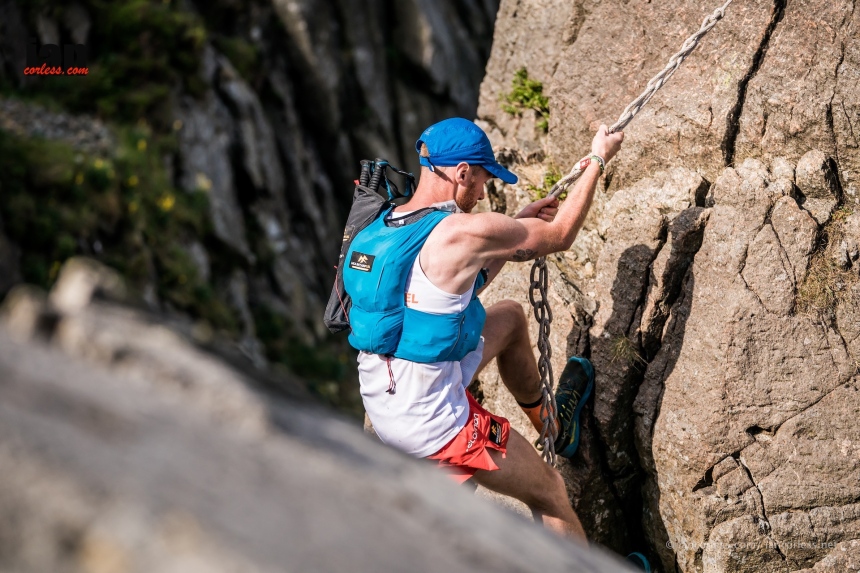 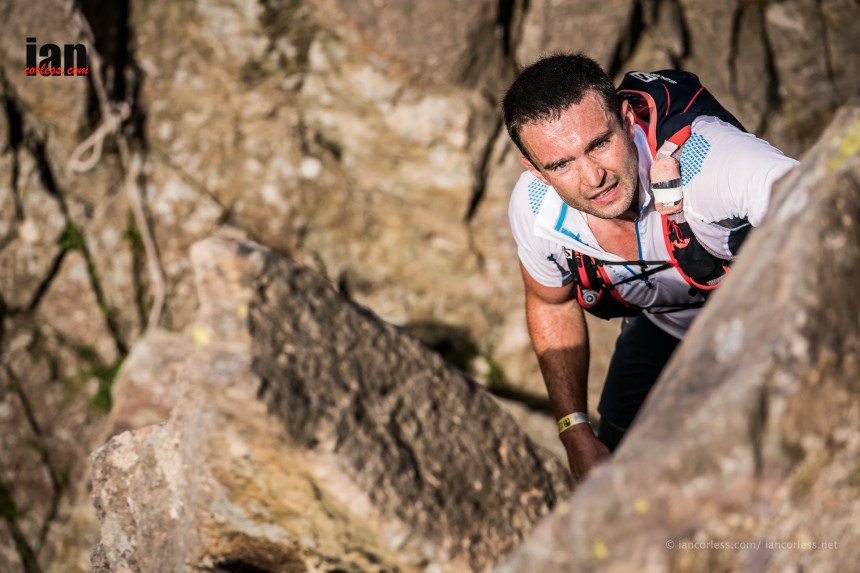 image credits © iancorless.com
As the elite field of 74 runners began the ascent of Dove Crag (via Low Pike and High Pike), Great Britain-international trail-runner Rob Sinclair took an early lead. By notorious Striding Edge the Scot had a 10-minute advantage and as the day progressed it looked like he might break the course record of 7:30:27.

The first half of the course includes around two-thirds of the 4,500m of ascent and the majority of the technical ridge running, with the second half being faster, more runnable terrain. 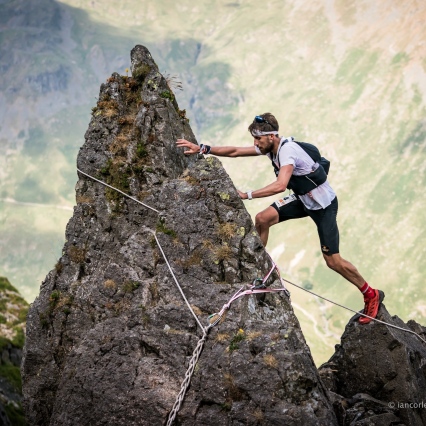 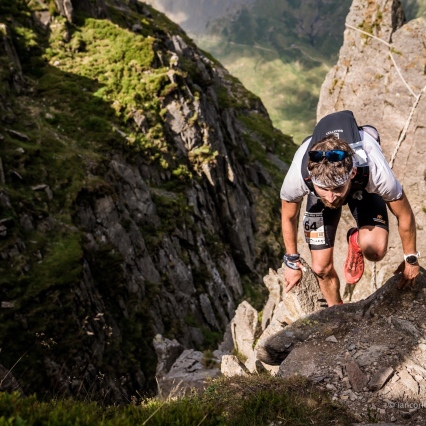 Ultimately Sinclair arrived at the finish line in Ambleside just 10 minutes off the record. “The race was brilliant,” he said. “It was a really good run. It was super hot, but I felt good in the heat today.”

“I loved the race,” said second-placed Tim Campion-Smith (GBR), who won last year’s sister race, the Scafell Sky Race (which takes place on Sunday 15 July). “It was super fun. The first five hours were great. Hours five to seven were pretty bleak. But then it was a nice little run in to the finish. The blueberries were out too, so I stocked up on a few calories.”

“The other two lads were just a different level today,” said third-placed Andy Berry (GBR), who was 13 minutes faster than his winning time last year. “I don’t have that in the tank at the minute. Pinnacle Ridge [a particularly technical and exposed section where runners use safety ropes] was superb.” 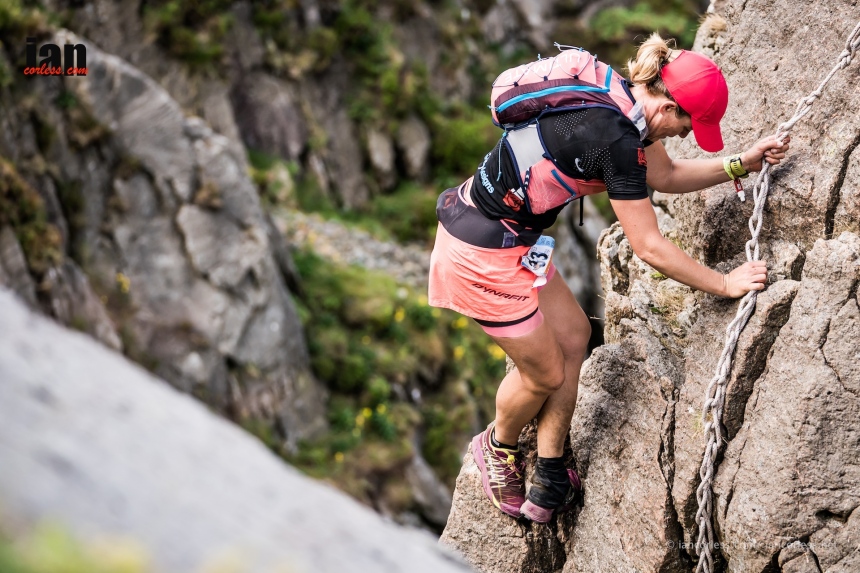 In the women’s race, New Zealand-born GB international trail-runner Sophie Grant, who placed second at LSU in 2016, won by over two and a half hours, in a time of 10:14:41. “This is a race with service!” she said as she was sprayed with water at the finish line. “I’m feeling way better now. That was fantastic. It’s just such a cool race.” 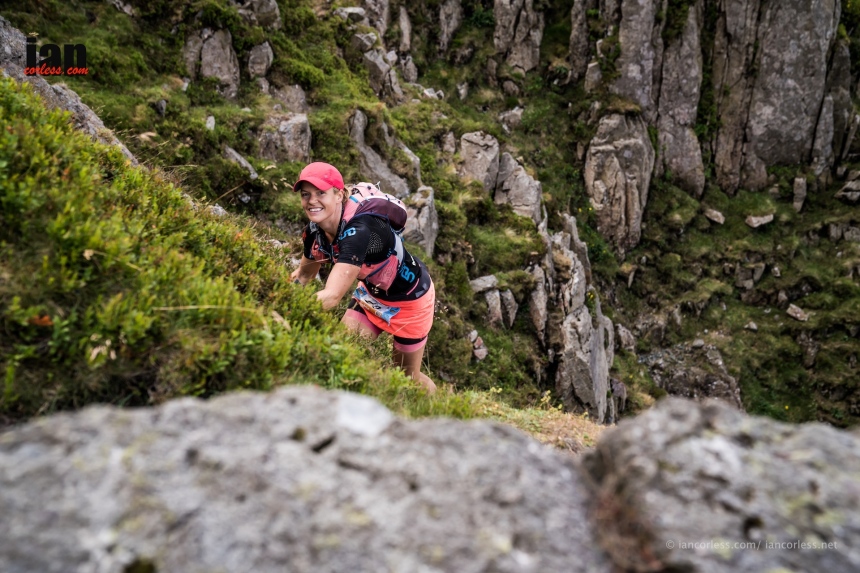 Kate Simpson (GBR) was second in 12:37:38, with Jenny Yate (GBR) third in 12:51:35. “I’m really chuffed with that,” said the Helm Hill runner. “I really enjoyed it up till Patterdale [ 30K into the race], then it got tough. The climb up High Street just went on forever. Coming off Red Scree [the final descent] seemed to go on forever, too. The marshals were amazing the whole way round. They were egging me on, telling me I was second lady, which did put some pressure on!” 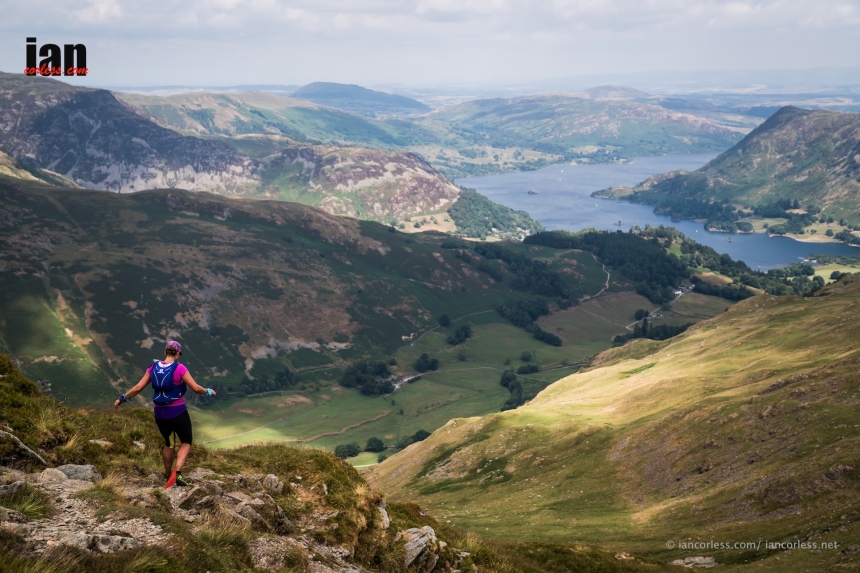 Evolution of the MO
Remembrance Day
On the 2nd December I will set out on my Ride For Someone, 440 miles on my trail bike, between North Lincolnshire, Kent & back, in aid of @movember & @myblackdog_co
World Mental Health Day
Nights on the trail
Last nights session
When a plan comes together
Somethings in the air
A summer of Purposeful Adventure