After an early start cramming into a car for the long drive from Keswick round to Wasdale Head, we stood in a chilly car park, with the peaks surrounding us, free of clagg. A rare sight.

Our sections were Legs 4 and 5 which would total some 22 miles and 2700+ meters of ascent.

Scaling the side of Yewbarrow with cold muscles and achilles, was a testing start, as body and mind tried warming up to the day ahead. The unrelenting terrain took half an hour to conquer, with a short technical descent, before the next climb of Red Pike would begin. This would be the theme of the day, as we made our way up, over and down each peak, searching for the fastest lines for Matty’s attempt in June.

Despite gale force winds the previous day, the tops were silent, as the eye of the storm appeared to be passing overhead, lifting the blanket of cloud above summit height, allowing all to run in single layers for the majority of the day.

One thing that stood out was the uninterrupted views and the stark contrast they provided. Sellafield Nuclear PowerStation to our West, with the Irish Sea kissing the horizon. Endless fells and adventures to our East. 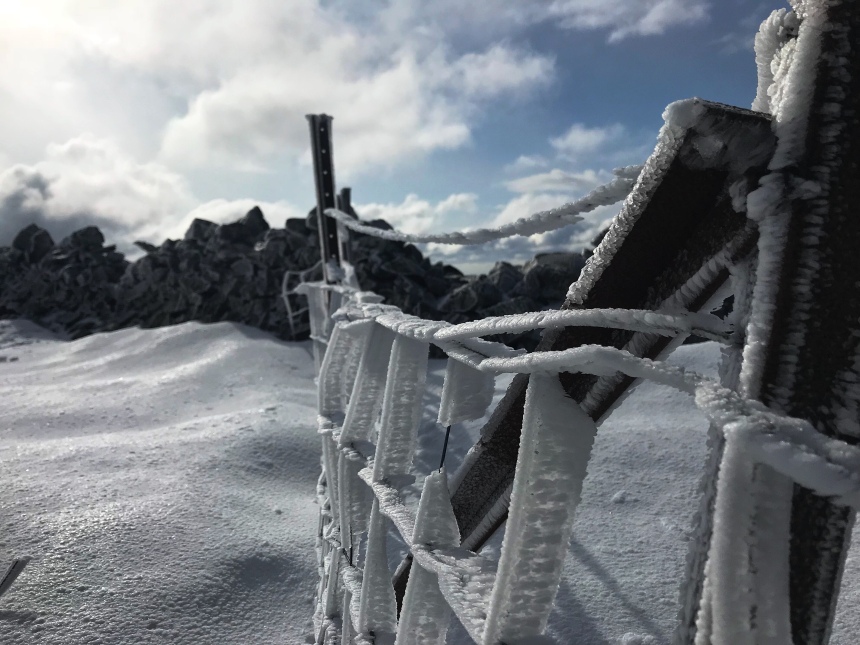 Kirk Fell provided a descent that opened up to the scrambling ascent of Great Gable, the ugly lump of rock which had been looming in the distance since the off, shrouded in a layer of impenetrable cloud. 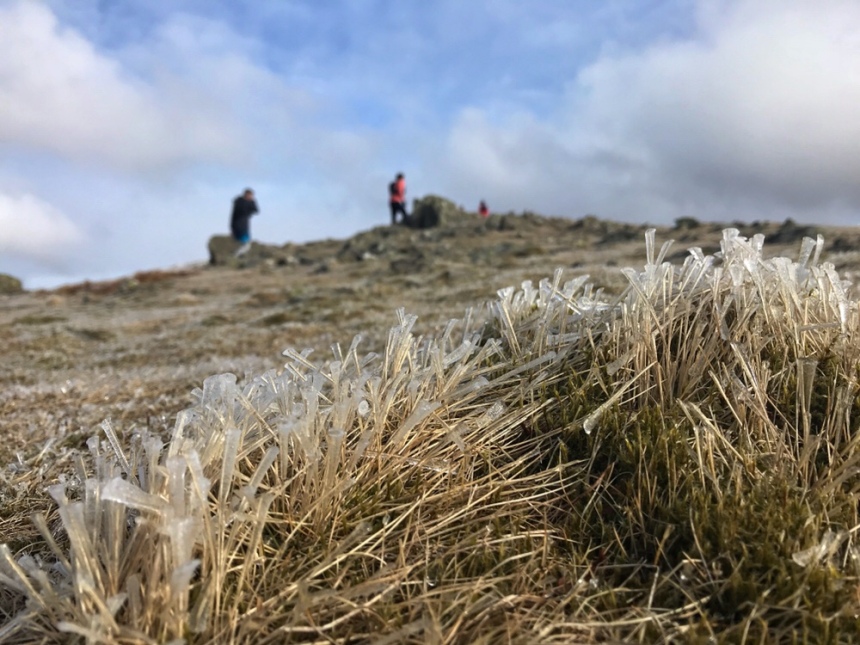 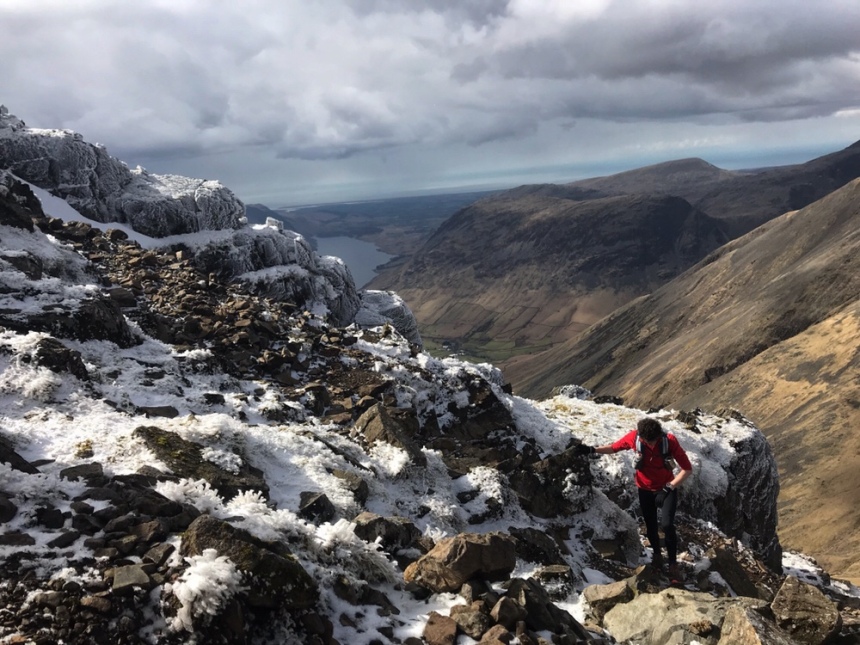 Honister was the end of Leg 4 and the start of the last main ascent of the day, Dale Head. False summit met us time and time again, as food was readily scoffed, legs starting to feel tired.

Direct routes to Hindscarth and Robinson cut down the distance, while keeping us away from swathes of walkers in the more popular northern fells. A steep and grassy descent down the east flank of Robinson, a kin to a fell race, brought us rapidly down into the valley and onto the undulating trail and road run back to Keswick. Weaving around walkers and gates, the final miles were silent as we pushed onto Moot Hall.

Just under 7 hours on our feet of exploring, running, walking and memorising terrain. Feeling tired but elated, discovering several fells I’d yet to step foot on and making friends in the process.

The question is, which leg to run in June as a support runner?