Well. Damian went all out to give the film crew an ending didn’t he! If you were under a rock and missed 2018’s UTMB results, avoid them until after you have watched Underdog, due for release sometime in the second half of November this year.

Summit Fever Media, the crew of Matt and Ellie, behind Underdog have provided the following words to give you a small insight into the story;

Damian is a 42-year-old journalist and father of two, who lives in southern England. He became obsessed with placing in the top 10 of the world’s biggest trail race, the 105-mile ultramarathon in the Alps, UTMB. This would be his fourth attempt at doing so.

Damian’s not a full-time athlete but would be against the sport’s best, professional (ie full-time) runners, some of whom were much younger, faster, live and train at altitude in the mountains.

Over the 105 brutal mountain miles that followed, he went toe-to-toe with the likes of Jim Walmsley, Kilian Jornet and Zach Miller.

The race, which includes a mammoth 10,000m of elevation (Mt Everest is 8,848m) gain through France, Italy and Switzerland, didn’t play out as many expected…Summit Fever Media was there to capture the story.”

So, a little context. I was out at UTMB in 2016, shooting for inov-8 (click here to relive 2016) and Damian was one of the athletes I was tasked with following. You may remember I was able to catch him a the beginning, middle and end. It was a great performance, but little was I aware of the UTMB itch that couldn’t be scratched, the obsession that was being well stoked within. 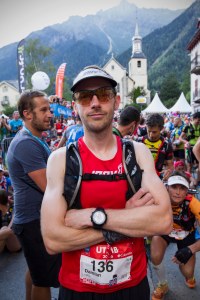 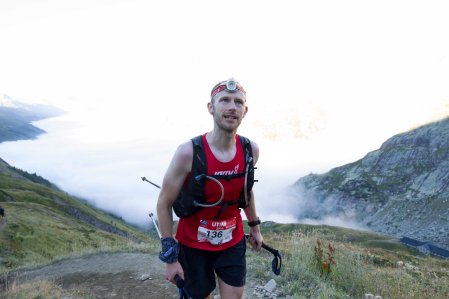 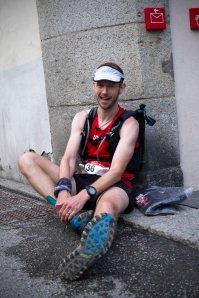 2 years later and a 12th place in 2017, Damo would be lining up, with one aim only in mind, get into the Top 10, and with that, the elusive podium. I’ve been fortunate to meet up with Damian a few times since and the fire has remained burning ferociously. Watching from afar, results have been coming. Strong, fast, a new chapter in his racing career.

But what about Underdog, the film, I hear you cry?

Having followed Matt & Ellie for several years and having been lucky enough to work with them, their passion for the sport of trail & ultra running is evident. For me Underdog marks a culmination of years spent hiking into position, covering many of the most iconic single and multi day ultra races the UK has to offer. The on trail footage captures the scale and emotion of the task in hand, left raw in places, allowing the viewer to immerse themselves into the mind of the runner for a split second, to feel what they are. The editing from the start of line of UTMB, delivers the immense energy, chaos and spirit that channeling 2500 runners and entire town onto a single street brings. The start is now synonymous with the race and as someone who has watched it in person, Underdog gives a real taster.

The duo travel fast and light, but the way they have learnt to use the tools at their disposal conveys the feeling of a larger film crew. This mastery warrants intimate access to their subjects, without those on camera feeling oppressed or under pressure. 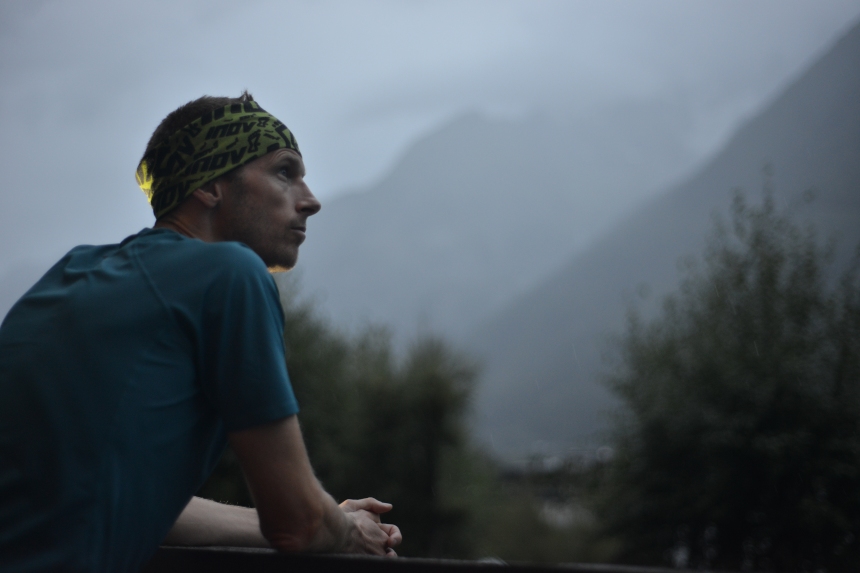 Outside of the on trail footage, Summit Fever have sculpted a story that is quaint essentially English. Gone is the glamour and fanfare, in is the reality, cold, wet, miserable mornings, copious volumes of tea and a spirit of someone who knows the odds don’t favour them, but like less favourable weather, every cloud has its silver lining. Determination and courage are developed on testing days, when the the will to move forward is challenged. You soon learn why Damian is able to operate in for many, less than ideal conditions.

Damian’s personality comes across on camera as it does in person. Infectious humour, whit and unrivalled passion. This isn’t a showreel, designed to show off to sponsors, created for ego expansion or for the sake of it. No. Underdog focuses on the commitment taken to compete at the sharp end of the most competitive ultra trail race in the world, detailing the sacrifices made to stand a chance of accomplishing dreams, of taking on the full time pros in their mid 20’s and early 30’s.

The use of phone/gopro footage, seamlessly integrated into the narrative, project personal moments, both on and off trail, that build the story and impart Damian’s own stamp on proceedings. Unfiltered. With Nicky Spinks as crew chief, you know he’s going to power through, as no one wants to let down one of the toughest yet sincere personalities of the sport.

At a little over 20 minutes long, it isn’t a film you need to block out an evening for, but can enjoy over a coffee….. but better still, watch a few times. A couple of viewings will sync all the little details and nuances, the subtle moves and words spoken that deliver a powerful message. I’ll leave what that message comprises of, up to you.

For anyone with an interest in UTMB, endurance sports and/or balancing training with family life and work commitments, I implore you to catch a screening or watch Underdog online.

It’s more than a race, its personal.

Thanks to Summit Fever Media of the early screening